Want more? Visit the Lit Lists blog made for literary list lovers.
Posted by Black Inc. at 1:31 PM No comments:
Email ThisBlogThis!Share to TwitterShare to FacebookShare to Pinterest

Author AJ “Sandy” Mackinnon is the kind of person who has adventures. Not jumping-off-a-cliff extreme sport type adventures but proper, old-fashioned adventures. 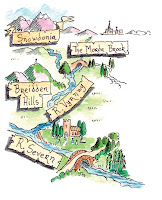 At age thirty-five, Sandy decided to leave his job as a teacher in England and row his dinghy down the River Severn. He ended up still rowing, in Romania, a year later. Along the way he crossed the English Channel; was arrested by the River Police; tear-gassed in the Budapest Metro; trapped without funds in Serbia under threat of bombardment; and captured by Balkan river pirates.

Currently Sandy is a teacher at Geelong Grammar’s Timbertop campus. His interests include conjuring and home-made fireworks.

Here’s a great clip of Sandy talking about his life and book, if you want to know more. (His book, by the way, is The Unlikely Voyage of Jack de Crow.)

Head over to the Black Inc. website to download the submission guidelines for the Best Australian Stories 2009, Best Australian Essays 2009 and Best Australian Poems 2009. (The link to the pdf is in the news section at the top of our homepage, if you’re lost.)

Want to get to know the editors a little better?

Read a transcript of Robyn Davidson’s appearance on ABC TV’s Talking Heads, an essay by Delia Falconer, or listen to an interview with Robert Adamson on ABC Radio National's Book Show.
Posted by Black Inc. at 11:26 AM 1 comment:
Email ThisBlogThis!Share to TwitterShare to FacebookShare to Pinterest

English novelist, poet, critic and editor Ford Madox Ford once said "Open the book to page ninety-nine and read, and the quality of the whole will be revealed to you."

We’ve applied this test to our new crime fiction release The Shanghai Murders by David Rotenberg. Here’s page 99 (the main character Detective Zhong Fong and his colleagues are at a gruesome crime scene in an alleyway in Shanghai):

Over and over again, Fong was approached with “What are you looking for?” And over and over again, he said, “I’ll know when I see it.” So they brought him everything they found. A small handful of one-fen coins, half a well-leafed-through Hong Kong porno magazine, bits of several different kinds of food in various degrees of decay, a sole from the toe of a lady’s shoe, and many more things—none of which pleased Fong. He had already found the piece of heart and the strip from the JAL airsickness bag, where he thought they would be. The Chinese driver informed the police that his Zairian charge never carried a wallet, that he, the driver, always went in after his client was finished and paid the bills. So that accounted for the wallet’s whereabouts.
As the driver headed downtown with a police officer to make a full statement, Wang Jun approached Fong.
“One hand points to the guy’s ID.”
“The other to the second part of the message,” replied Fong.
“Which is?” asked Wang Jun.
“Which is what we are looking for. No! What we’ll keep looking for until we find.”
Wang Jun slipped a cigarette into his mouth. “Did you notice that the body pieces weren’t put together very well this time?”
“I noticed that.”
“Could it be that our guy is slipping? Maybe he made a mistake.”
“Perhaps.”

You’ll find more books being put to the test at the Page 99 Test Blog.
Posted by Black Inc. at 11:24 AM No comments:
Email ThisBlogThis!Share to TwitterShare to FacebookShare to Pinterest

Posted by Black Inc. at 1:55 PM No comments:
Email ThisBlogThis!Share to TwitterShare to FacebookShare to Pinterest 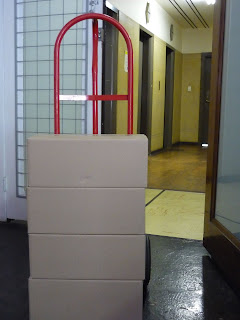 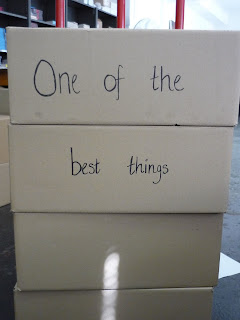 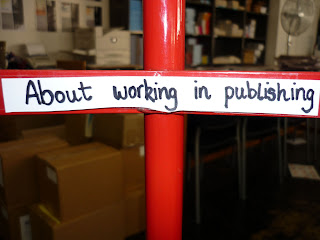 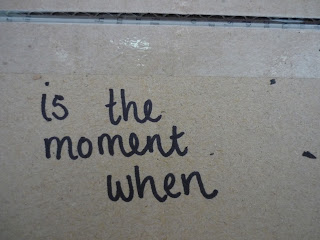 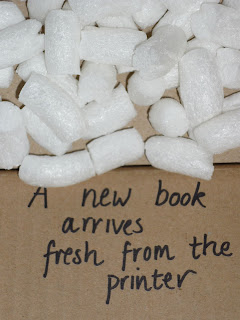 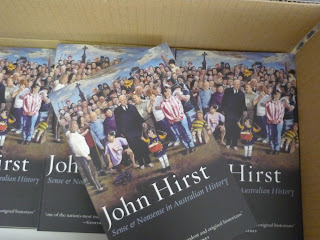 Posted by Black Inc. at 3:44 PM No comments:
Email ThisBlogThis!Share to TwitterShare to FacebookShare to Pinterest
Newer Posts Home
Subscribe to: Posts (Atom)