What We've Been Reading This Summer

Of course we've been reading our own wonderful Black Inc. books over the break, from David Marr's must-read collection Panic to Mungo MacCallum's entertaining and educational guide to Australia's prime ministers The Good, the Bad and the Unlikely. We've also been busily reading manuscripts and advance copies of our forthcoming books (you can see some of them in our January - June catalogue.)

But we're bookish people by nature and we like reading other publishers' books too. So here's what else we've been reading over the summer:

Read more »
Posted by Black Inc. at 1:45 PM No comments:
Email ThisBlogThis!Share to TwitterShare to FacebookShare to Pinterest 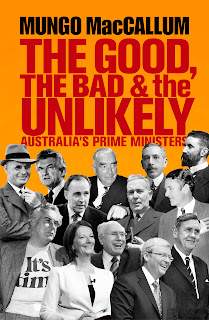