An interview with the editors of The Best Australian Stories, Essays and Poems 2011

Each year the Best Australian collections – essays, stories and poems – bring together the best and brightest that has been written across the country. We talk to the current editors about the 2011 editions. 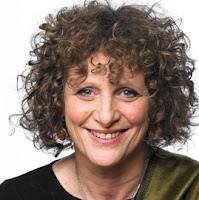 My kitchen table was covered with journals, magazines, newspapers and submissions and I moved these around to the yes, no and maybe piles. Then I would redistribute these and some maybes would go to the yes pile and vice versa. When a new essay was being considered, the rubic's cube process began again.
Read more »
Posted by Black Inc. at 4:09 PM 1 comment:
Email ThisBlogThis!Share to TwitterShare to FacebookShare to Pinterest
Newer Posts Older Posts Home
Subscribe to: Posts (Atom)