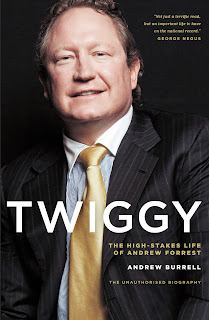 Read more »
Posted by Black Inc. at 1:58 PM No comments:
Email ThisBlogThis!Share to TwitterShare to FacebookShare to Pinterest 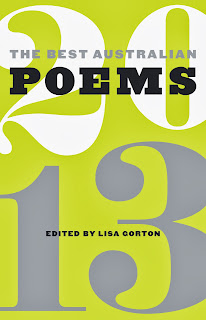 Interview with Lisa Gorton, editor of The Best Australian Poems 2013

What was the selection process like for The Best Australians Poems 2013?

There are 130 poems in this anthology, selected from several thousand that I read—poems discovered in online and paper journals, newspapers, books and submissions. The process brought home to me the work of those poetry editors and independent publishers who make a place for poetry in Australia—work that forms the basis for an anthology of this kind. I tried to choose poetry in different styles, written out of different ideas of what poetry should be and do, mostly because I think no style or coterie invalidates the rest. Also, I wanted the anthology to offer a sense of what is happening in Australian poetry now. From one August to the next I read all the poems I could, wherever I could find them, amassing over that time a long shortlist. Though it might sound conciliatory, I was struck by the variety and interest of Australian poetry. By September I had a shortlist of perhaps 400 poems that I read and reread. Finally, I chose ones that kept a memorable strangeness on each rereading. Doubtless there were poems that I missed or undervalued, choosing so few poems from so many. That built some anxiety into the process.

Do you have any favourites among the poems in this year's collection?

Not really. Perhaps that will come. It is still strange and good to see the poems together, suddenly a book—poems that for a year have been moving singly through stacks of paper in my study. At the moment I like how the poems work together, as if arguing with each other.

Read more »
Posted by Black Inc. at 10:18 AM No comments:
Email ThisBlogThis!Share to TwitterShare to FacebookShare to Pinterest 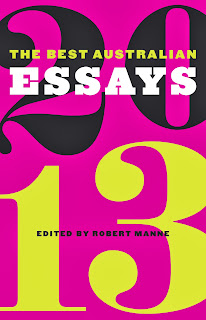 Interview with Robert Manne, editor of The Best Australian Essays 2013

What do you look for in an essay?

Having read several hundred essays in preparing this collection, I have come to realise that what I most appreciate is the quality of directness, the presence of an authorial voice with something urgent to tell us about. Some of the essays I most admired made me laugh out loud. Some involved reflections on one or another aspect of the author’s life. Some involved criticism of literature, film, television or the visual arts. Some involved the mounting of an argument on a question about the past or the future. But what all had in common was a sense of immediacy and a determination to communicate something that truly mattered.

How do you define an essay, and has this changed since editing The Best Australian Essays 2013?

I have generally found the discussions that stipulate what truly constitutes an essay both tedious and unhelpful. My beginning point was to regard any reasonably brief piece of non-fiction prose as an essay. It was not too long, however, before this changed. Because of the pressures of university life today, where academic preferment is based on “refereed” publications, many pieces in the traditional Australian “small magazines” are now scholarly or quasi-scholarly articles from which the authors’ personality has been erased. For different reasons, it is the same with many of the distinguished examples of long-form journalism that I read which were concerned with conveying information but with little more. Neither the quasi-academic articles nor the pieces of high-quality journalism possessed what I came to think the minimal requirement of an essay—a truly distinctive individual voice.

Read more »
Posted by Black Inc. at 10:17 AM No comments:
Email ThisBlogThis!Share to TwitterShare to FacebookShare to Pinterest 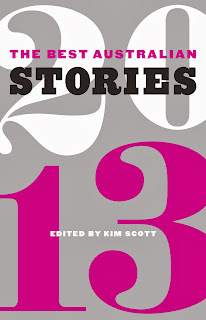 Interview with Kim Scott, editor of The Best Australian Stories 2013


What do you look for in a story?

A surprise. Craft. Some sense of it that lingers. A reward.

What are some of your favourite or noteworthy pieces in the collection?