Our picks for Father's Day

The best present you can give your Dad this Father’s Day is a book! Here are some of our suggestions:

'A first-class piece of historical writing. Boyce is a graceful and robust stylist and a fine storyteller.' – Sunday Age

Acclaimed historian James Boyce brings the founding of Melbourne to life. In 1835 an illegal squatter camp was established on the banks of the Yarra River. In defiance of authorities in London and Sydney, Tasmanian speculators began sending men and sheep across Bass Strait – and so changed the shape of Australian history.

Read more »
Posted by Black Inc. at 2:07 PM No comments:
Email ThisBlogThis!Share to TwitterShare to FacebookShare to Pinterest

An interview with Alice Pung 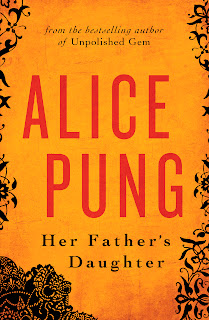 Alice Pung is the author of the bestselling memoir Unpolished Gem and the editor of the anthology Growing Up Asian in Australia. Her new memoir, Her Father's Daughter, is available now in all good bookstores.

Can you tell us a little about your new book Her Father’s Daughter?
My new book is an unspoken conversation between a father and a daughter, about growing up and growing old. In writing it I was not searching for easy epiphanies but an understanding of what it means to risk love again when you have lost almost everything. The story started to emerge when I was living overseas for the first time, in Beijing. My father would call me up and give me updates about the Victorian bushfires which were raging through our state at the time. He couldn’t believe that the government allowed people to stay and defend their houses.

Read more »
Posted by Black Inc. at 3:26 PM No comments:
Email ThisBlogThis!Share to TwitterShare to FacebookShare to Pinterest

In honour of National Bookshop Day this Saturday 20 August, we’ve put together a collection of some of our favourite bookshop moments from the movies.


Read more »
Posted by Black Inc. at 11:41 AM 5 comments:
Email ThisBlogThis!Share to TwitterShare to FacebookShare to Pinterest 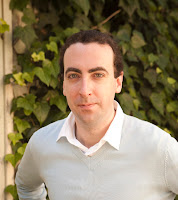 Steve Hely is the author of How I Became a Famous Novelist and a writer for The Office, 30 Rock and American Dad.

How did you get into writing for TV?

I'd always been interested in writing stories and plays. When I was in fourth grade I tried to produce a play at my elementary school about the assassination of John F. Kennedy, but some wise teachers put a stop to it. Then when I got to Harvard University, I became a member of the Harvard Lampoon magazine. It's the oldest continuously published humor magazine in the world, and many graduates from there have gone into TV writing. So I learned for the first time that TV writing was really a job you could get. And that doing it was basically just like sitting around with your funny friends. So after I graduated I wrote samples for several shows I liked. I ended up getting my first job writing jokes for The Late Show with David Letterman in New York City.

Read more »
Posted by Black Inc. at 12:06 PM No comments:
Email ThisBlogThis!Share to TwitterShare to FacebookShare to Pinterest

Read more »
Posted by Black Inc. at 11:23 AM No comments:
Email ThisBlogThis!Share to TwitterShare to FacebookShare to Pinterest

An interview with author Tim Richards

Can you tell us a little about your new book Thought Crimes?

This book is a collection of twenty stories; they're comic in the main, but seldom funny ha-ha. It's pitch black, bizarre comedy... Where my previous books, Letters to Francesca (1996), The Prince (1997), and Duckness (1998) had a strong autobiographical component, these are less immediately so. There are still plenty of personal elements, but the main focus here is on thought and perspective, most particularly the imagination. The stories tend to exist in the space where the creative imagination tips into the red zone and becomes destructive and endangering. Some of these characters may be guilty of spending too much time entertaining dead-end ideas, to the extent that it not only harms their thinking, but also their perception. They're often incapable of seeing the world around them for what it is.