Alice Pung on becoming a writer 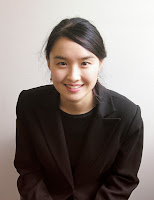 We asked Alice Pung, author of Unpolished Gem and editor of Growing Up Asian in Australia, "When did you first decide to become a writer?"

Here’s what she had to say:

When I was younger, I did not yet know how to deal with my feelings, or with the seemingly unending plagues of headlice and scabies I used to get, or with looking after younger siblings while my parents both worked, feeling trapped in a horrible domestic nightmare. I had such low self-esteem, I needed to feel like a winner at something. So I began a Guinness Book of Records at thirteen, where I made myself the world record holder in all the categories: ‘Record for the person who has pilfered every single hairstyle Ronald MacDonald has had for the past ten years’ (mum made me get a perm to burn off all the head-lice eggs), ‘Record for the best Ironing-Board impersonation’ (I was flat-chested), and ‘Record for the Worst Face in the history of the Universe’ (self explanatory). I still have that little notebook tucked away in a journal somewhere.

I looked back over my journals when I was eighteen and found them rather hilarious, even though they were unintentionally so. And that was when I decided that I would write a funny book.

I was tired of reading manuals by Asian women on how to feel miserable and oppressed. Young girls - particularly Southeast Asian girls - are socialised not to vocalise any form of anger or annoyance. And girls are not supposed to make fun of themselves because it is meant to do some sort of irrevocable damage to their brittle self-esteem. However, it seemed that Asian women could write countless books on their ten thousand sorrows, and be published, as long as the misery came from the forces of the outside world.

So I was tired of reading Oriental Cinderella stories and migrant narratives of success. Instead of inspiring me, they actually made me feel like an abject failure. When will I ever accumulate enough suffering to be a real writer? I wondered. I had defeated no communists/nationalists/evil stepmothers, did not have a seedy past or narcotic addiction, and the only thing I had ever smoked was salmon (in the oven).

Then I thought, damn it, I'm going to write a book about yellow people aspiring to become white middle class! It's not going to start with the struggles of war, but something more ironically Marxist - it would be about a working class family and their petit bourgeois dreams. And damn those who perpetuate the stereotype of the joyless Asian. My characters are going to laugh. So Unpolished Gem was begun, a book that was premised on poking fun of my abysmally low, adolescent self-esteem; and a book about my love for my quirky, daggy family.

Posted by Black Inc. at 9:39 AM
Email ThisBlogThis!Share to TwitterShare to FacebookShare to Pinterest
Labels: Alice Pung