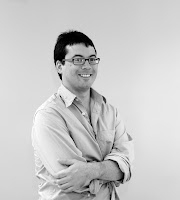 First novels, I’ve had a few.

Tim Winton published his first novel, An Open Swimmer, when he was twenty-two years old, an achievement that has always faintly irritated me. I intend no personal malice towards ‘our Tim’, and I don’t doubt that he worked hard at his craft even though he was young. It’s just that when I was in my early twenties I could barely tie my shoelaces.

I take solace in the fact that Peter Carey wrote three unpublished novels before he published Bliss. Without trying to link Carey to my own floundering formative attempts at writing, I reckon Winton is probably the exception to the rule. So it feels strange — and in some ways misleading — to call myself a first-time novelist. Figurehead is certainly the first novel I’ve written that I could honestly call ‘finished’; it’s also the first novel I’ve written that a publisher has chosen to publish. But I recently turned 40 (as one of my workmates gently explained on my birthday card, ‘It’s all downhill from here’) and I’ve been writing novels most of my life. From well before I was 22 years old, I’ve filled notebooks and hard drives with half-finished manuscripts, first chapters and outlines. Any number of voices and all sorts of ‘grand’ ideas — some vague, some intricately formed — have rattled around in my head for weeks or months or years before seeping away.

Despite the frustration that comes from so much unfinished business, and despite the amused bewilderment that comes from asking myself ‘What on earth was I thinking?’, I find that remembering those lost novels is fun. And, no doubt, an excellent distraction. I’m especially fond of one early attempt at a Great Australian Novel — written when I was, give or take a birthday, twenty-two years old. I saw it as a road story of sorts, but also a Voss-like saga of exploration. The main character was a talking three-humped camel called Barney or Fred or Bruce or something like that. It trekked north from Adelaide’s pancake-flat suburbs, through the vineyards of the Clare Valley, through abandoned copper mines and the wheat-sheep belt, through the red desert and straight over Uluru, through crocodile-infested swamplands, all the way to the tropics where it bounded triumphantly into the water at a place called Escape Cliffs. I don’t remember why.

I do think of Figurehead as my first novel. But I also see it as sitting on a foundation consisting of many other stories and fragments — some abandoned, many forgotten, a few I would like to forget, and some, I hope, still gestating.
Posted by Black Inc. at 5:13 PM
Email ThisBlogThis!Share to TwitterShare to FacebookShare to Pinterest
Labels: Patrick Allington