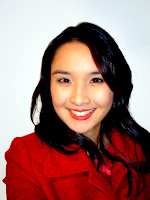 When I was living in the States I befriended a rare and generous soul, a poet and professor named Robert Cording, who had this to say about writing poetry:


“The poem has to feel, I think, as if there’s a real person struggling with real experiences that will not yield some handy lesson, but nevertheless are not entirely without meaning. The voice that convinces will always be the voice of the individual, not as a spokesperson for this or that idea.”

When I came to write my second book, Her Father’s Daughter, I had to remember this to get me through the darker parts.

I had been teaching my students to open up for years, without really realising what that meant. Until it hit me, until writing was like lighting a match against the darkness. I had to stop and start because my fingers were getting burned. It was like shining that match into the corners of a black room, taking a quick look around, and trying to get the hell out of there as fast as I could.

But the more I did it the longer I found I could stay in that dark room and take a good look around. I’d never stopped to really think about the stories I’d grown up with and just taken for granted – the starvation, slavery, the burials, the photographs of family where of fifteen people, only two or three would be alive today, if that. Life was only dependent upon a person’s next breath.

And I was slowly and steadily creeping out of my twenties, that stage in my life when I was so convinced of certainty – the certainty of being young, of having a future, even the certainty of my ideas. I was beginning to realise that there was no such thing as an easy epiphany. With this realisation I scrapped almost 30,000 words; till I was no longer writing about ‘culture’ or ‘emerging adulthood’ or even ‘holocaust’. And then that’s when the voices emerged in my book, the conversation between the father and daughter. Just a twenty-something year old and her dad who weren’t dealing with themes, but trying to negotiate a very real relationship of deep love and respect which just happened to constantly be bumping up against the edges of both their anxieties.

So the advice I give now for writers is this: keep on keeping on, and let go of fixed ideas, or of even having an ‘audience’. Your characters are not performing, they’re just behaving as people. And it is the people who matter in stories.

Alice Pung's new book Her Father's Daughter will be launched by Arnold Zable at the Melbourne Writers Festival at 4pm on Sunday 28 August at The Cube, Federation Square, Melbourne.

It is available in all good bookstores from 1 September 2011.
Posted by Black Inc. at 9:40 AM
Email ThisBlogThis!Share to TwitterShare to FacebookShare to Pinterest
Labels: Alice Pung