Our picks for Father's Day

The best present you can give your Dad this Father’s Day is a book! Here are some of our suggestions:

'A first-class piece of historical writing. Boyce is a graceful and robust stylist and a fine storyteller.' – Sunday Age

Acclaimed historian James Boyce brings the founding of Melbourne to life. In 1835 an illegal squatter camp was established on the banks of the Yarra River. In defiance of authorities in London and Sydney, Tasmanian speculators began sending men and sheep across Bass Strait – and so changed the shape of Australian history.

‘Alice Pung is a gem. Her voice is the real thing.’ – Amy Tan

Her Father’s Daughter is the story of Alice and her father, a survivor of
Cambodia’s killing fields. Set in Melbourne, China and Cambodia, it is an unforgettable memoir of memories lost and found, of leaving home, of love and worry, of history and how it echoes down the years.

'A timely and provocative analysis' – The Monthly

In Too Much Luck, Paul Cleary shows how the resource boom, which seems a blessing, could well become a curse. Many countries before us have been caught by the resource trap: a heady period of boom and growth, followed by a painful bust. Paul Cleary maps out the pitfalls, counts the human and environmental costs and suggests a better way forward.

‘A charming and beautifully written chronicle of life on the road.’ — The Advertiser

When A.J. Mackinnon quits his job in Australia, he knows only that he longs to travel to the Well at the World’s End, a mysterious pool on a remote Scottish island whose waters, legend has it, hold the secret to eternal youth. This is the astonishing true story of a remarkable voyage, an old-fashioned quest by a modern-day adventurer.

'Funny as hell' - The Australian

The most hilarious novel you'll read this year, from the writer for 30 Rock, The Office and American Dad.  A razor-sharp evisceration of celebrity culture and literary fame, How I Became a Famous Novelist is a satirical novel masquerading as a tell-all memoir.

'This is the best collection of essays I have ever read: beautifully crafted, clever, funny, and moving.' – The Courier Mail


Simon Leys’ cultural and political commentary has spanned four decades, with no corner of the arts escaping his sharp eye and acerbic wit. The Hall of Uselessness forms the most complete collection yet of Leys’ fascinating essays.

Blackly funny and irresistibly twisted tales from a master storyteller. In Thought Crimes, Tim Richards takes the reader on a mind-bending ride through a world where nothing is quite as it seems. The lives these stories describe are almost ordinary – but an ambush lurks around every corner.
Read more. 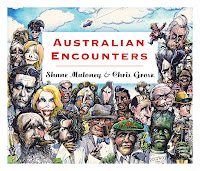 
All books available now in all good bookstores. For more great Black Inc. books, visit our website.
Posted by Black Inc. at 2:07 PM
Email ThisBlogThis!Share to TwitterShare to FacebookShare to Pinterest