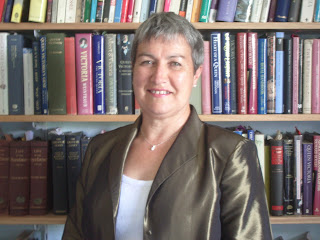 We talk with Yvonne about her experiences writing Unsuitable for Publication: Editing Queen Victoria.

Can you tell us a little about Unsuitable for Publication?

My book tells the story of how Lord Esher and Arthur Benson went about the task of selecting and editing the first three volumes of the Letters of Queen Victoria published in 1907.

The idea of publishing the letters of a monarch was totally novel. People generally welcomed the opportunity to read the writings of their much-loved Queen; some courtiers argued that they were unsuitable for publication. Her son, King Edward VII, seemed to have no opinion either way, but, ultimately, he had power of veto over the content of the volumes.


You were the first person to be granted access to the royal archives in many years. How did you manage to gain access? Were you surprised by what you found?

Three researchers per day can be granted access to specific materials in the Royal Archives at Windsor Castle. I believe I was the first postgraduate student to be given access. Previous to 1997 only bona fide scholars and authors were allowed to research there. The Tower itself was built in 1068 by William the Conqueror. There have been some modifications since then. The 122 steps to the entry door reflect this in their uneven styles, sizes and shapes…as do the windows lighting the way.

I was not so much surprised by what I found but excited. Every day of reading Queen Victoria’s Journals and her letters just generated more and more questions to which I had to seek answers. That is why the thesis took me 12 years to complete! But what an exciting 12 years!

While conducting your research, you also spent time in the archives of iconic UK publishers John Murray. Can you tell us about that experience?

John Murray Publishers took up the premises at 50 Albemarle St in the seventeenth century. When I worked there John Murray the 7th and his wife, Virginia, ran the business. They had an extensive knowledge of the family company. The room I worked in had been a salon where previous John Murrays had held court with their various clients: Lord Byron, Sir Walter Scott, Charles Dickens, Jane Austen, Charles Darwin, Samuel Smiles. There were lithographs and paintings on the walls depicting soirées that had taken place in that room, and hundreds of books lining the walls. It was a wonderful atmosphere to work in.

How did your own experiences as a woman and a mother inform or influence your research interests? Were you particularly struck by any similarities or differences between the experiences of women in the nineteenth century and your own life?

Certainly experiences of motherhood inform one’s reading of another mother’s writing…in any age and of any rank. I don’t have any experience of opening Parliament or counseling Prime Ministers but I do connect with the emotions of a mother standing over the crib of a peacefully sleeping baby, and despairing over a feverish one. These are profound experiences with their own universality, but I frequently reflected upon the advantages of having given birth in the 20th century. 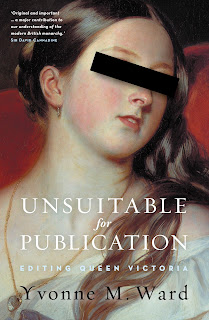 In Unsuitable for Publication, it is clear that you are passionate about letting the real Queen Victoria speak for herself and about showing the full breadth of her life. If you had to set the record straight about just one thing, what would you tell people about Queen Victoria?

An image I have of her from the second year of marriage remains with me: Victoria described herself standing at a window with the new son and heir in her arms and the first born toddler on a chair as they watched Prince Albert ride out to review an army regiment. You feel in her description a sense of pride but also a sense of conflict: Albert looked perfect in the part but she was the Queen Regnant yet motherhood confined her from her regal duties, time and again. This dilemma was never satisfactorily resolved for her or by her, and it remains so for many working mothers still today.

Unsuitable for Publication: Editing Queen Victoria is available now as print and eBook.