Reporting from the Sydney Writers’ Festival

USA author George Friedman attended the Sydney Writers’ Festival to talk about his book The Next 100 Years – A Forecast for the 21st Century. George’s sessions were booked out, with hundreds of people in attendance. The questions George was most commonly asked were about China (“Is it the next global superpower?” – George says no), Australia’s role in the world (George says we are a trading country that relies on being able to use shipping routes across oceans that we have no control over – a potentially dangerous position), and also which countries will emerge as great powers (George thinks Turkey, Poland and Mexico – if you want to know why, you’ll need to read the book.)

Nicolas Rothwell’s The Red Highway was launched at the festival on the Saturday night. The launch venue was packed and David Marr officially launched the book, speaking glowingly about Nicolas and his work.

Don Walker had three sessions at the writers’ festival. In his in-conversation session on Saturday, he spoke about his memoir Shots and his early years with Cold Chisel, including some fascinating insights on what it was like to play gigs in a jail. Don also performed with guitarist Charlie Owen to a sold out session at Glebe Library. 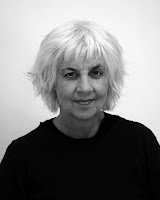 Amanda Lohrey traced the shifting line of truth in fiction in the session 'The Truth in Fiction and Non-Fiction', recalling the bushfire she lived through in north-east Tasmania in 2004 that influenced her novella Vertigo. Amanda also spoke about her childhood immersed in a fiercely political family, and her feisty grandmother who would talk to Amanda about politics as Amanda sat drawing at the kitchen table at the age of four.

A lot of Black Inc.’s author's events were filmed by SlowTV. You will be able to watch them, and many other sessions from the festival, on the SlowTV website soon…
Posted by Black Inc. at 10:51 AM
Email ThisBlogThis!Share to TwitterShare to FacebookShare to Pinterest