What We're Reading, Watching and Listening To

In the spirit of sharing our great finds, we present to you the books, TV shows, films and music currently preoccupying our staff.

If you have any great recommendations of what we should read, watch or listen to next, let us know in the comments.

I’m reading: The History of My Body by Larissa Bird and published by re.press. Experimental writing classified as fictitious memoir. Fascinating, dark stuff. Have been alternating with the manuscript of Hugh White’s forthcoming book with us The China Choice – which is nothing less than masterful.

I'm reading: Jonathan Franzen's 2002 essay collection How to Be Alone. I occasionally find Franzen's rants about the alienating nature of technology tiresome (when it gets too much, I stop reading to check my Twitter feed), but his essays on his father's descent into dementia and the self-denying stories that smokers tell themselves are particularly insightful.

I'm watching: Season 4 of Breaking Bad. I have four episodes left to watch, and I'm on tenterhooks about where the characters are headed. The experience of watching the show is akin to watching a car crash in slow motion. That sounds awful, and it is, but it's also one of the most compelling series I've watched in a long time.

I'm listening to: 151a, the debut album from Kishi Bashi, which is a joyous romp through a folk-music field with a looping pedal for company. When I need an adrenalin rush, I turn to Icona Pop's seriously catchy song 'I Love It'. 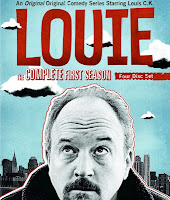 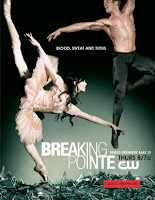 I'm reading: Quiet: The Power of Introverts in a World that Can’t Stop Talking by Susan Cain. I can’t stop analysing those around me for introversion. Interesting history and fascinating research. And a TED talk.

I'm listening to: The Shangrilas. It makes me feel badass while driving home with surfboards on the roof.

I'm reading: I've recently read two amazing works of non-fiction. The first is Random Family: Love, Drugs, Trouble, and Coming of Age in the Bronx by Adrian Nicole LeBlanc, the book which inspired Sonia Faleiro to write Beautiful Thing. I read Random Family after Sonia listed it as one of her favourite books, and it's one of the most clear-eyed and well-realised works of journalism I've read. Published in 2003, LeBlanc spent over ten years researching and writing Random Family, and it follows the lives of two young girls, Jessica and Coco, who fight to survive grinding poverty in the Bronx. The other book is Katherine Boo's Behind the Beautiful Forevers: Life, Death and Hope in a Mumbai Undercity, which is also brilliant. Next up is Jesmyn Ward’s Salvage the Bones.

I'm watching: In fits and starts, Girls and Veep. Both very entertaining.

I'm listening to: Chet Faker’s Thinking in Textures, ‘QueenS’ from THEESatisfaction's awE naturalE and ‘Walk Away’ by The Harpoons. They all put a spring in my step on cold winter mornings.

I'm reading: I just bought two books I'm excited about – The Year of the Gadfly by Jennifer Miller (I’m a sucker for a good boarding school novel), and Memoirs of an Addicted Brain by Marc Lewis (I eavesdropped on someone talking about it and it sounded so fascinating I had to buy it immediately.) Before I had a chance to start on these my colleague lent me the brilliant Random Family: Love, Drugs, Trouble, and Coming of Age in the Bronx by Adrian Nicole LeBlanc. I’m finding absolutely heartbreaking and fascinating – I can’t put it down.

I'm watching: The Good Wife. Season one is an enjoyable case-of-the-week legal drama but season two turns the show into something more – full of delicious intrigue, backstabbing, double-crossing and a plethora of interesting characters. It’s fantastic. Julianna Margulies, Christine Baranski and Archie Panjabi do some amazing work as the three female leads.

I'm listening to: my walking-to-work playlist currently features a lot of Moby, Radiohead and Florence + the Machine with a sprinkling of Madonna, ABBA and Alanis Morissette for good measure.

I’m reading: Tourist Season by Carl Hiaasen: a colourful and blackly comic crime novel set in South Florida. It’s easy and entertaining and reading about Miami during the eighties in this miserable Melbourne weather is actually warming me up...

I’m watching: Justified. A crime show set in rural Kentucky starring Deadwood’s Timothy Olyphant. The accents alone are enough to keep me watching and it’s based on an Elmore Leonard story so it’s got some literary cred too.

I’m listening to: Hall and Oates. All the time. My boyfriend hates me.
Posted by Black Inc. at 3:59 PM
Email ThisBlogThis!Share to TwitterShare to FacebookShare to Pinterest