Artists In The Park

Holiday in Cambodia author Laura Jean McKay spent a month with the Territory Wildlife Park in Darwin as part of their Artists in the Park program. She shares some of her experiences with us.

The thing about living in a caravan in the middle of The Territory Wildlife Park for five weeks is that I’m never away from the animals. At night they chew plants (or each other?) outside my screen window, making the pandanas rattle like bones. In the mornings they wake me with a lilting tune, ending in a rusty squawk. In the afternoons they lay as 3.5 metres of carpet python across the step that accesses the toilet. At dusk they bite with swarming ferocity or call with longing howls – high note to low – from their enclosures. Then there are the human animals. All khaki and reptile-handling, they’re no less intense. 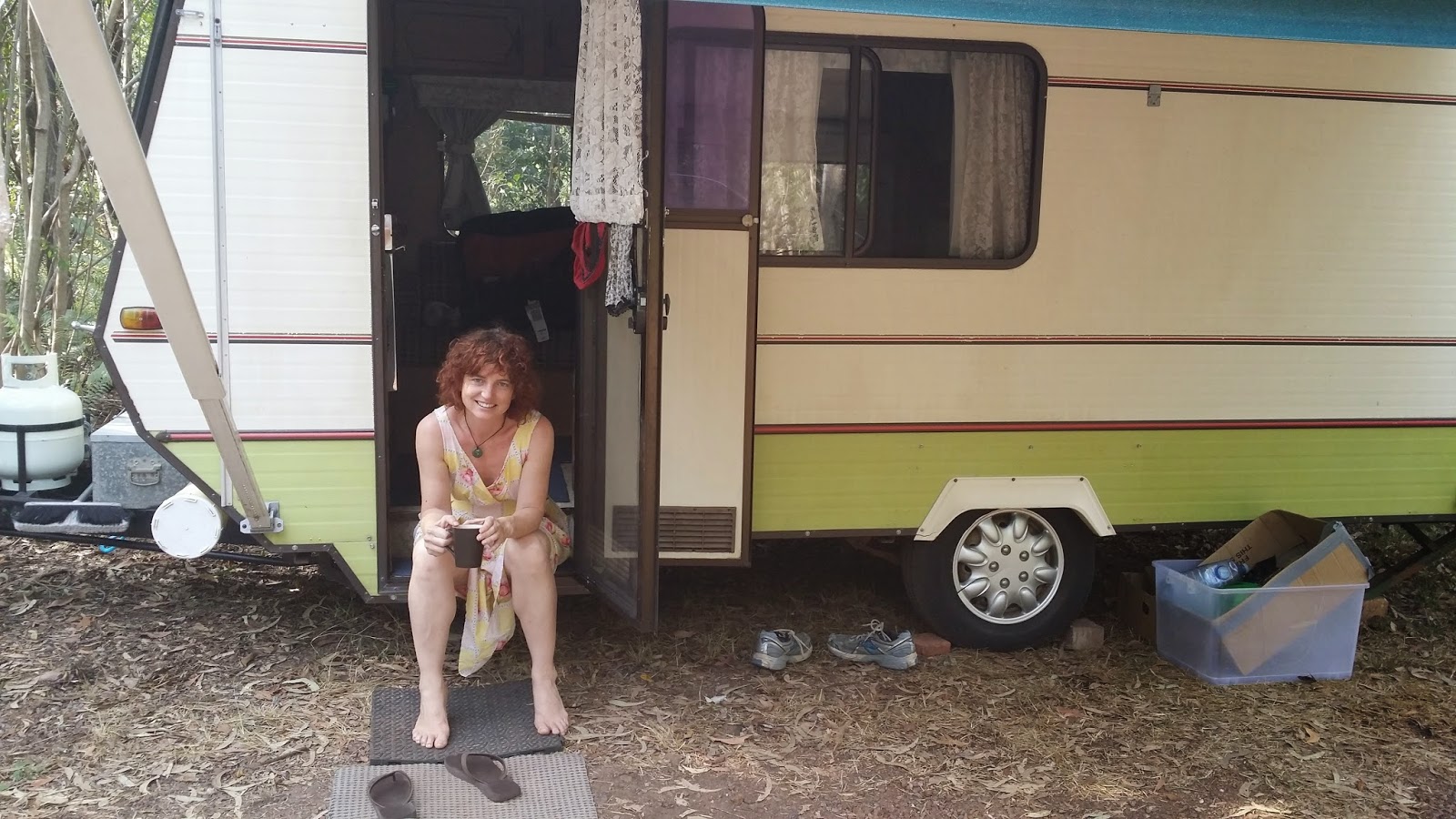 I find that the dawns and dusks are quietest. When I hear the last of the tourists roar out the gates, I set out from the caravan along the hot Park roads. Just me and the birds – exhibited and wild. One night I hear the zoo train chug along after-hours and it pulls up alongside me carrying carriages full of kids.
‘You know the Park is closed?’ The guide driving the train calls out to me over his microphone.
I emerge from between some purple flowering turkey bushes, brandishing a notebook. ‘Oh. I’m the Artist-in-the-Park.’
‘You’re what?’
‘I’M THE ARTIST-IN-THE-PARK.’
‘The Artist-in-the-Park everyone!’ The guide announces. The children wave and point at me. I’ve watched tourists do this to the animals exhibited throughout the place (‘Look Jason, a dingo. A DINGO!’) and I stand there, feeling my rib cage broaden, the fur sprout on my back, and produce a few distinctive calls from my muzzle. I have become an exhibit. 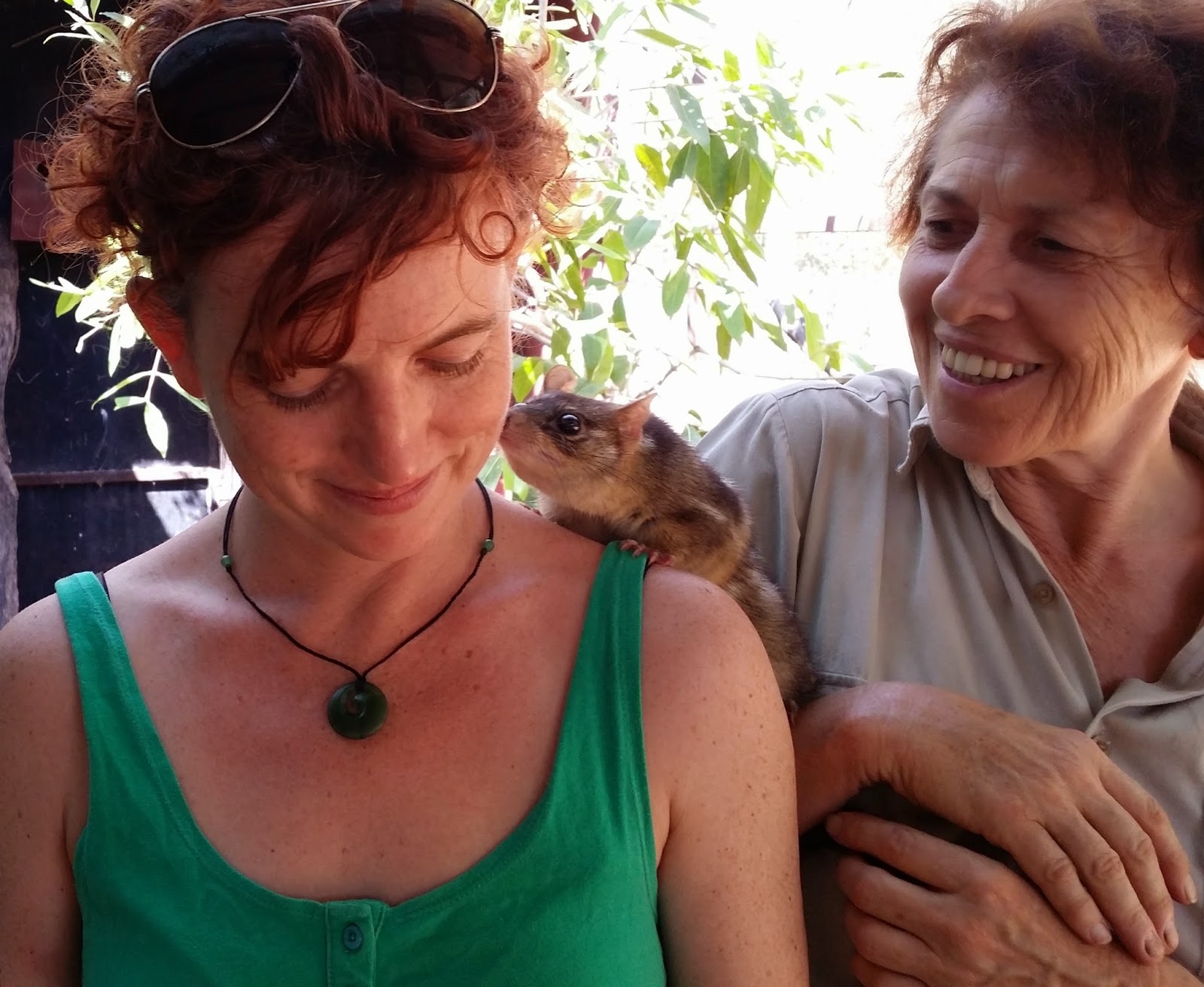 I arrive at the Territory Wildlife Park in July during the dry season cooler months and stay on to the start of the build-up, a time when, ostensibly, everyone goes mad. And there is a madness here – different to the madness I’m used to. Australia is divided in two: the ‘top end’ and ‘down south’. As a southerner I am constantly encouraged to move up – to where the animals and insects are bigger and the cars are bigger and the food is better and more expensive. Crocs and cars and culture. But inside the Jurassic Park style gates of the Wildlife Park, the minute world of the Northern Territory is revealed. I reduce my life to 4 x 2 metres of brown caravan, while my mind tries to take in the vast expanse of the Park, on Koongurukan traditional country, and all the animals enclosed there. 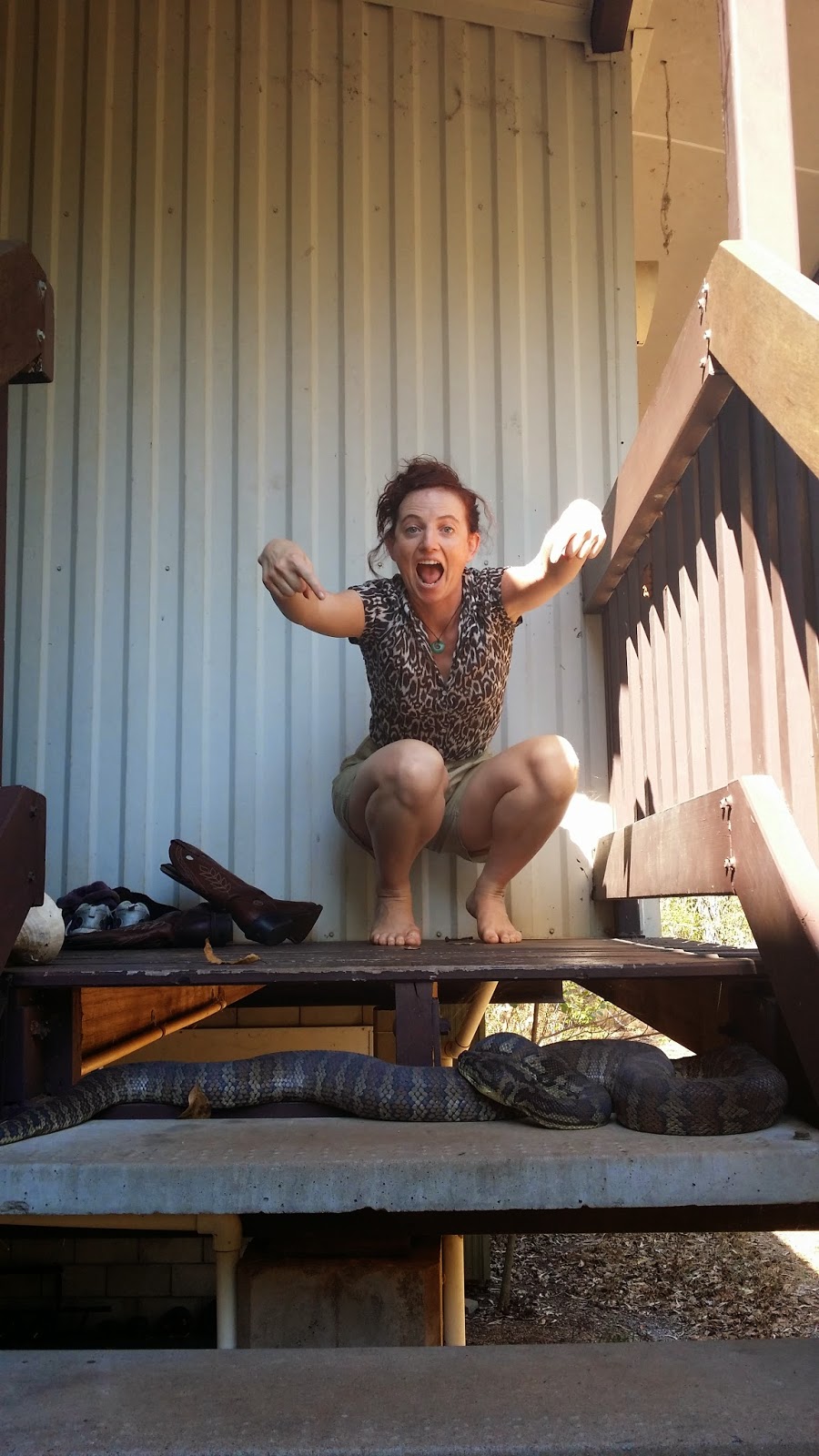 A wildlife park is like fiction: a reconstructed environment, where you can experience nature as you would never get to see it in the wild. By day I feed a 4.5 metre crocodile called Graham from the safety of a deck, by hanging a bit of chicken on a string. I visit two joeys to help them to get used to humans: one of them only wants to lick my hand; the other only wants to bite it. I am nuzzled by an endangered northern quoll. I gingerly circle wild pythons to interview people who keep frill necked lizards in their pockets as part of a socialisation program and who spend their every moment thinking about, protecting and working with wildlife. I’m here to write a novel about animals, but I can barely do it. There’s too much. I scribble, record, take footage – my pockets brim with media. 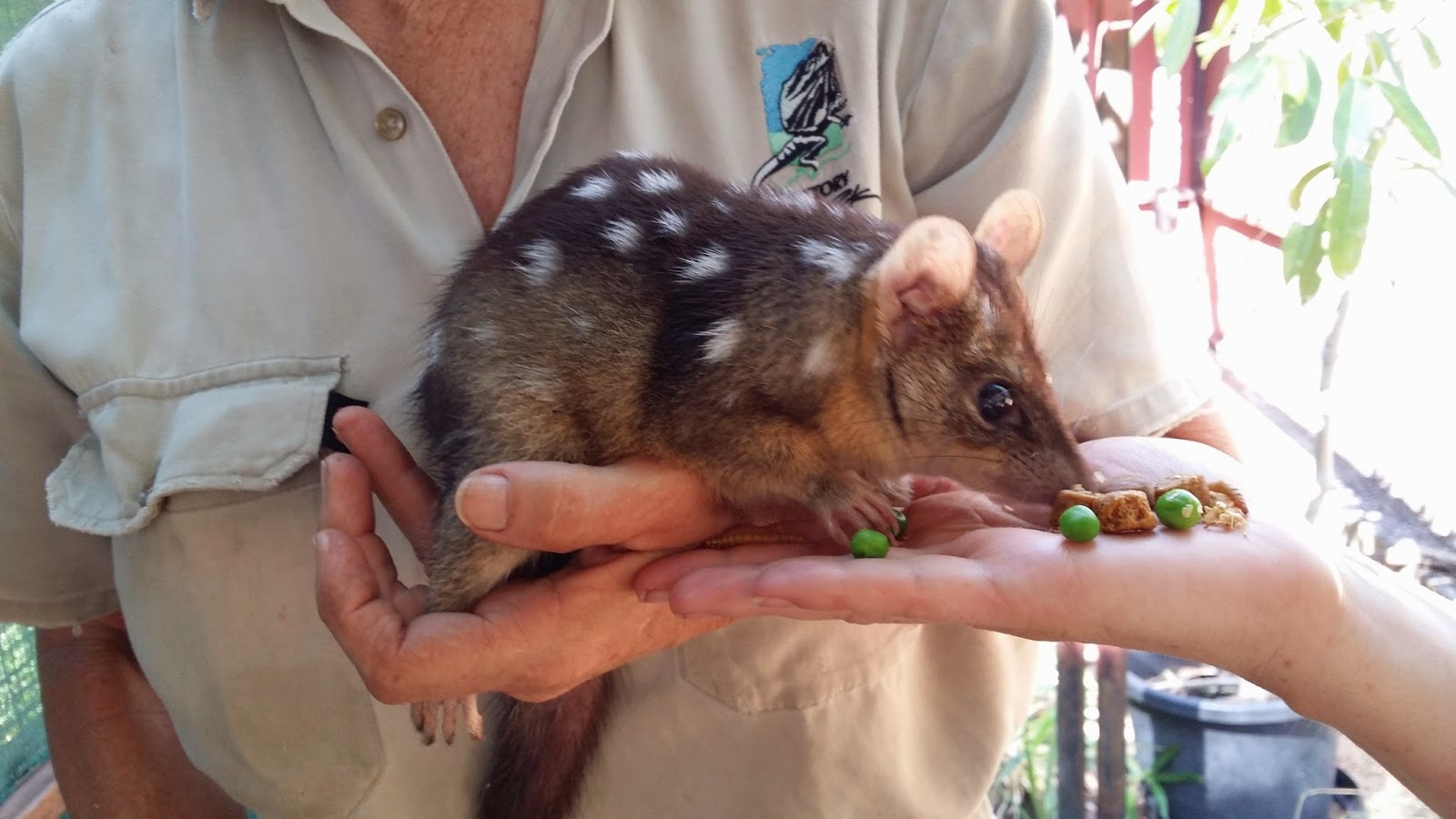 By the fifth week I have animal facts, animal scratches, animal noises, animal-themed performance credits and animal books to read. Not much animal writing. This is a research residency, I conclude, not a writing one. But I am only 10,000 words from the end of a novel draft. So I sit down at the caravan formica and shake the enclosure with typing. It’s a creepy, insular space, where the novel becomes more real than life and for a day or so, the Park fades into fiction. My neighbours – herpetologists (reptile experts) – peer in at me, offering beer and food through the screen door. I adjust the final words a few times. Then my immediate reaction is to stand and retch into the sink and I do, but nothing comes: I have nothing left. I take a beer outside. There’s a sunset hovering over the Park like a spaceship. An agile wallaby crashes through the bushes. The mosquitos find me and bite. I watch the trees against the fading sky. I watch the sun go and then turn and walk barefoot back to the van. 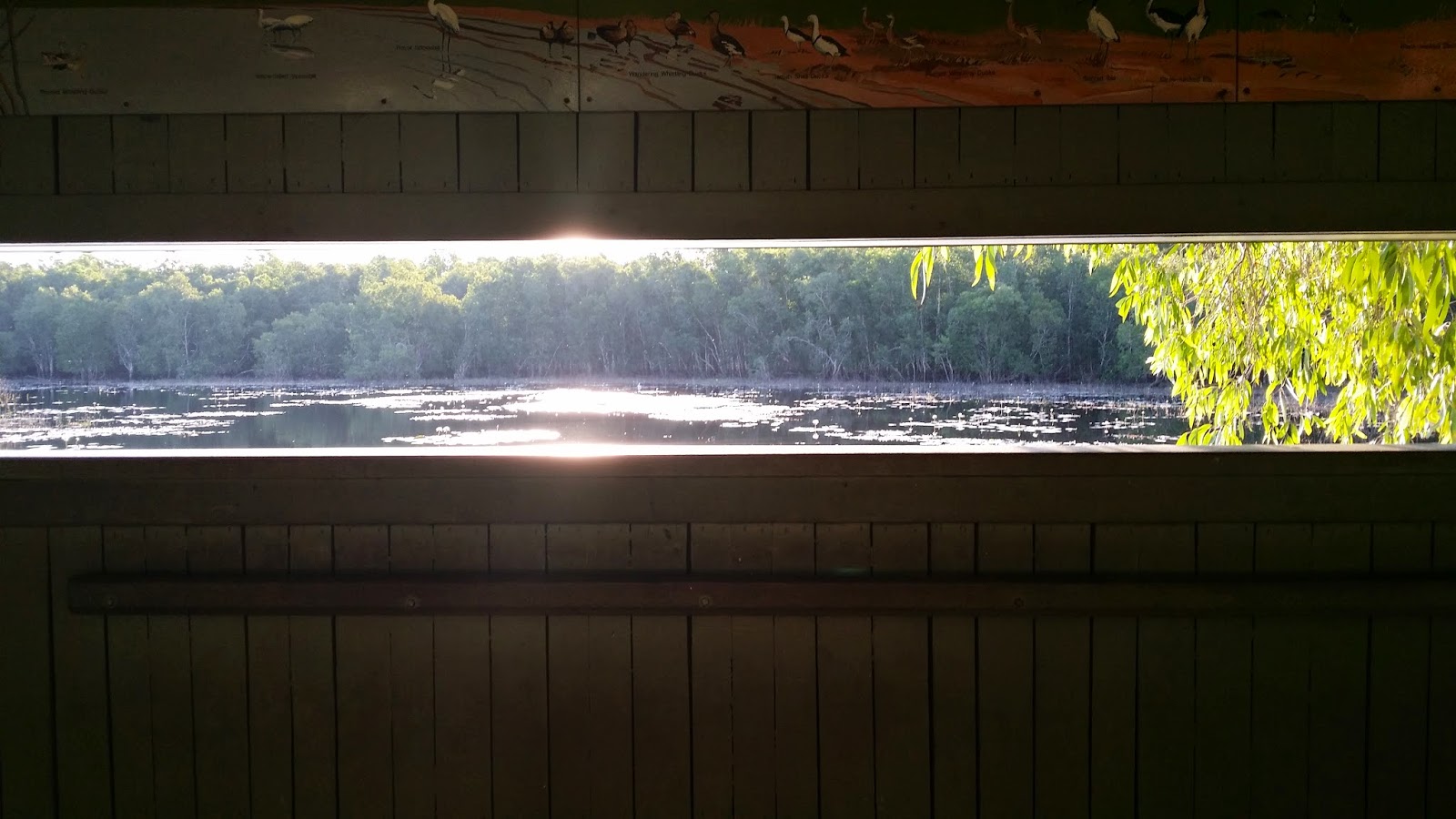 Laura Jean McKay's collection of short stories, Holiday In Cambodia, is out now.

Posted by Black Inc. at 12:23 PM
Email ThisBlogThis!Share to TwitterShare to FacebookShare to Pinterest