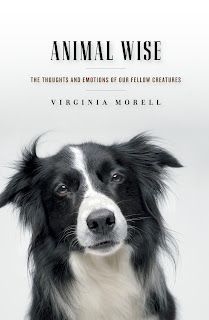 #1. Great Bowerbirds are artists. Australian bowerbirds do not just randomly set out their piles of decorations but rather arrange them to create the illusion of perspective, a technique often used by artists when painting landscapes. When researchers rearranged the male birds’ displays the birds quickly restored every item to its proper place.

#2. Sharks have been on earth for more than four hundred million years.

#3. Crows and rooks create and use different types of tools from things they find. For example, crows can bend straight wires into hooks to get at food, and rooks have demonstrated a basic understanding of physics by employing the principles of water displacement to better access food.

#4. Fish not only feel pain but can suffer, experience emotions and are self-aware. In the past, researchers believed that fish had very simple brains, however new studies have found that this is not the case.

#5. Rats can laugh and recognize playtime.

#6. Elephants understand death and grieve for family members. These highly social and family-oriented animals can recognize their own dead and bury their family members. There have been reports of elephants burying human bodies and also grieving silently over the bodies of their clan members. Chimpanzees, blue jays, and pandas are among other animals that also grieve for their dead.

#7. Dolphins are team players and can recognise themselves in a mirror. The ability to distinguish oneself from others is thought to be linked to empathy. It may be why dolphins have sometimes protected the lives of humans in danger. Unrelated dolphins co-operate and work in teams, a behaviour rarely seen in the animal kingdom but frequently seen in the dolphin communities in Shark Bay, Western Australia.

#8. Ants were one of the first non-human species found with the ability to teach.

#9. Dogs can communicate with humans in ways that even primates cannot. Because of the close relationships between dogs and humans over thousands of years, domestic dogs have developed the ability to connect nonverbally with humans and have a deep desire to work with us.

#10. And for cat-lovers: Comparatively few researchers have looked into the feline mind because cats’ independent nature means that it is extraordinarily difficult to get them to repeat experiments. It took researchers at the Society of Animal Behavior Research in Germany four years to show that cats can count to four, not because the cats were slow-witted, but because the cats were not often inclined to co-operate.
Posted by Black Inc. at 12:43 PM
Email ThisBlogThis!Share to TwitterShare to FacebookShare to Pinterest
Labels: animal wise, virginia morell