Welcome to Your New Life 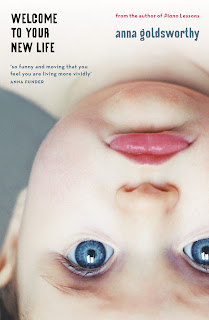 ‘So, what are you working on now?’
‘A memoir of motherhood. It’s sort of comic, sort of deadly serious...’

But the smile has already frozen; the eyes glazed over. Or worse: there’s the knowing chuckle. ‘Another motherhood memoir! Every generation thinks it invents motherhood, doesn’t it?’

Are there really so many motherhood memoirs? Because when I fell pregnant, I felt ill-equipped by my reading for what was to follow. I had enjoyed a much more thorough apprenticeship in the male midlife crisis, and could more readily imagine wielding a penis than a belly full of child or a breast full of milk.

‘English literature had never interested itself in mothers or motherhood,’ wrote Germaine Greer in 1999. ‘Until recently women have written little or nothing about the emotional cataclysm of becoming a mother.’ There are notable exceptions, such as the brilliant memoirs of Rachel Cusk and Anne Enright, but I am yet to discover these alleged libraries of them. Perhaps motherhood has been deemed too lowly a subject for capital L Literature.

Or perhaps mothers have just been too busy. Childbirth is such a comprehensive assault on everything – your body, your mind, your day, your night – that survival becomes a greater priority than literature. There you are, as close to the mystery as you will ever be, and you have neither the faculties to grasp it nor the memory to record it. And anyway, what language could do it justice, even if you should find some words? It is an experience that is largely inarticulate; an experience in which the body trumps the mind. If you do try to write about it, you quickly discover that you have – well – genre issues. This is because your entire life now has genre issues. Is it comedy? Poetry? Horror? Could it really be all three at the same time? Where will they file that in the bookshop, exactly?

Despite all of this, I jotted things into my notebook when a new mother, because it’s what I had always done. After childbirth, it was proof against amnesia. The magnificent trauma was already receding, and I hurried to transcribe it. (I’ve always loved the poetry of Sharon Olds for its articulation of female bodiliness, and for much of the first part of this book, I sought an autobiography of the body.) And then, amidst the chaos of early motherhood, I continued writing in order to reclaim some small skerrick of self. As if to thwart me, the narrative immediately veered to second person: the infant’s ever-demanding you. Over the months that followed, I wrote through my anxiety, clinging to my pen as an emblem of sanity, of perspective. Then I entered the foreign country of Mothers’ Groups and Reading Time, and continued writing out of anthropological curiosity. Mother love fascinated me in all of its forms – not least mother vanity (in this I was my own chief specimen). The book that emerged is a testament of obsession; a love letter to my oblivious child. 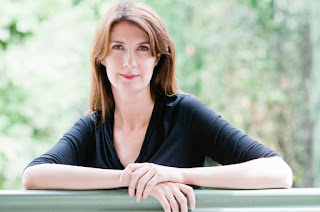 I had hoped that by writing I might make better sense of the process, but it remains as opaque as ever. Perhaps there are some things after all that reading can never prepare you for.

Welcome to Your New Life will be released in April. You can find out more about Anna’s new book here.

Photo of Anna Goldsworthy by Nicholas Purcell.
Posted by Black Inc. at 2:31 PM
Email ThisBlogThis!Share to TwitterShare to FacebookShare to Pinterest
Labels: Anna Goldsworthy, welcome to your new life